With the release of his 10th compilation, Calming Park 4, Zurich-based music designer and journalist Olivier Rohrbach marks with his most romantic production to-date.

His previous works include boarding music and a CD for SWISS Airlines, sound design for Bally, a Christmas album, a range of CDs for the Swedish brand David design and the re-vamp of 1865’s founded Reuge music-boxes for whom he created the project Reuge Remixed in 2005 with contributors such as Sébastien Tellier, Ralph Myerz and Pit Baumgartner.

The sophisticated and high-demanding music taste of the thirty-something music lover can also be heard in Calming Park. The 3 previous volumes were released in Switzerland and in Austria. Boosted by international buzz, Calming Park compilations turns into a must-have in fashionista scene. This means that the collection was soon available at top spots such Colette/Paris, 10 Corso Como/Milano, Net-a-Porter/London, David design/Stockholm and DKNY/New York and was reviewed in Wallpaper*, Vogue, Blues&Soul and ELLE Decoration UK.

“Even when you’ve signed with a leading music company in the world, international distribution might be a difficult issue when you takeoff from tiny Switzerland .I worked on the “brand” Calming Park as if it were a designer’s item. Therefore, for me having the CDs on sale in the right shops like the ones I mentioned before was a natural move to get Calming Park reach the right people”, says Olivier Rohrbach.

This time the distribution abroad might be less collector-like, as Calming Park has joined the force of label Phazz-a-delic for its release in Germany, Austria and for export.

Like the previous volumes which include photographs by a-list lens such Mikael Janson, Luis Sanchis and Takashi Homma, Calming Park 4 comes in a beautiful digipak with astonishing views of Las Vegas by the Italian photographer Roberto Ceccarelli. Why Vegas? “because we’re all looking for kind of modern shelter and Vegas, with its fancy style that is today so much copied, was probably the first city that materialized the idea of unlimited entertainment and splendid isolation.” And to accompany it in music, the Swiss DJ with more than 40’000 albums sold to-date has created a panorama of 18 tunes that will appeal to a large audience, from jazz to electro, from lounge to atmospheric country pop, from romantic bossa nova to futuristic chillout.

“This is Calming Park at his best and the result of more than a year of musical research in order to create a perfect and eclectic musical oasis”, admits Olivier Rohrbach, whose precision and patience recalls sometimes the savoir-faire of Swiss watch-makers. 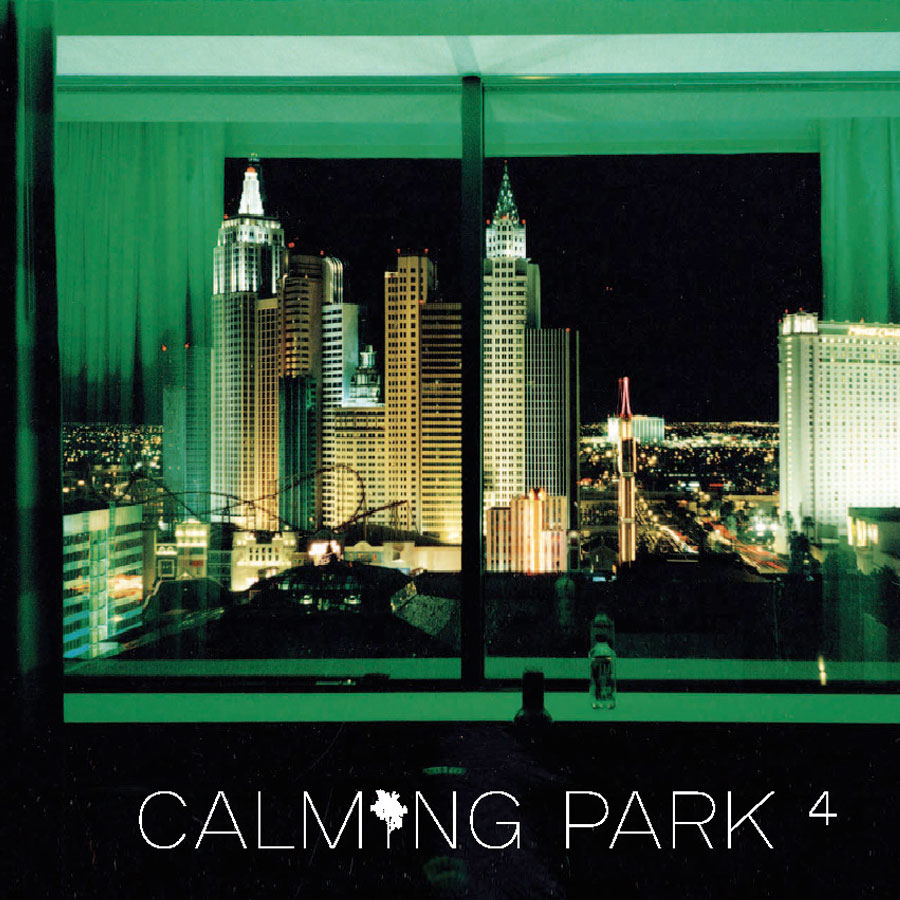