„Film Noir (literally ‘black film or cinema’) as an American Genre was coined by French film critics who noticed the trend of how ‘dark’ and black the looks and themes were of many American crime and detective films released. It was a style of black and white American films that first evolved in the 1940s, became prominent in the post-war era, and lasted in a classic “Golden Age” period until about 1960. Noirs were noted for their stark camera angles and movements, chiaroscuro lighting and shadowy, high-contrast images – all elements of later film noir. They reflected the resultant tensions and insecurities of the time period, and counter-balanced the optimism of Hollywood’s musicals and comedies. Fear, mistrust, bleakness and paranoia are readily evident in noir, reflecting the ‘chilly’ Cold War period when the threat of nuclear annihilation was ever-present. The criminal, violent, misogynistic, hard-boiled, or greedy perspectives of anti-heroes in film noir were a metaphoric symptom of society’s evils, with a strong undercurrent of moral conflict.“

Jazz as an American Genre, allegorised by European musicans, coined by a singer with french attitude and mysterious beauty, charged with dark appearing urban sounds, accompanied with a solitary bass and a cynical sax, coined by a producer with a Machiavellian handling of compositions, standards and known melodies. This all provides the framework of „Musique Noir“. Everything centers the musical moment: as „ Deadly Is the Female“ the „Strangers on a Train“ get „Double Indemnit “ for the „The Maltese Falcon“ running on „ The Asphalt Jungle“, but the „Blade Runner“ finalising „The Killing“ in „Chinatown“ travelling the „Lost Highway“ to „Sin City“, finally deciding to stay at the „Sapporo Sound Motel“. The drumless band playing at the foyer appears to be a chamber music ensemble, but the electronic beats and breaks stage-manage something different and by creating a sound of such intimacy, only love can affect, nothing seems to be important than just the music between you and me.

Not even the assumed life between bars and nightclubs – there is just the Jazz flowing through the veins and making you tapping, dancing, moving through the real life.

Like the film noir fascinated different audiences, „Musique Noir“ will fascinate as well a younger audience as people with different musical preferences as traditional Jazz lovers.

The founder of „Sapporo Sound Motel“, German Jazz guitarist Christian Eckert is described as “one who prefers to acknowledge his romantic sensibility or reveal his melancholy moods rather than to get carried away with soulless fingerboard sprints…a reflective tone-picker…reminiscent of Jim Hall and Pat Metheny..”. This is a reasonable description – there’s no sprinting here, just thoughtful one-note plucking, backed up by “an immensely homogeneous ensemble” that has performed together for several years now.

His CD „UP!“ has been into the Top20 of the US Jazz-Charts (best placed at 4!) for several months. Together with Ulli Jünemann (sax), Eva Mayerhofer (vocals) and Jens Loh (bass) four impressive musicians of the German Jazz scene have come together to travel through (Jazz) time and space. 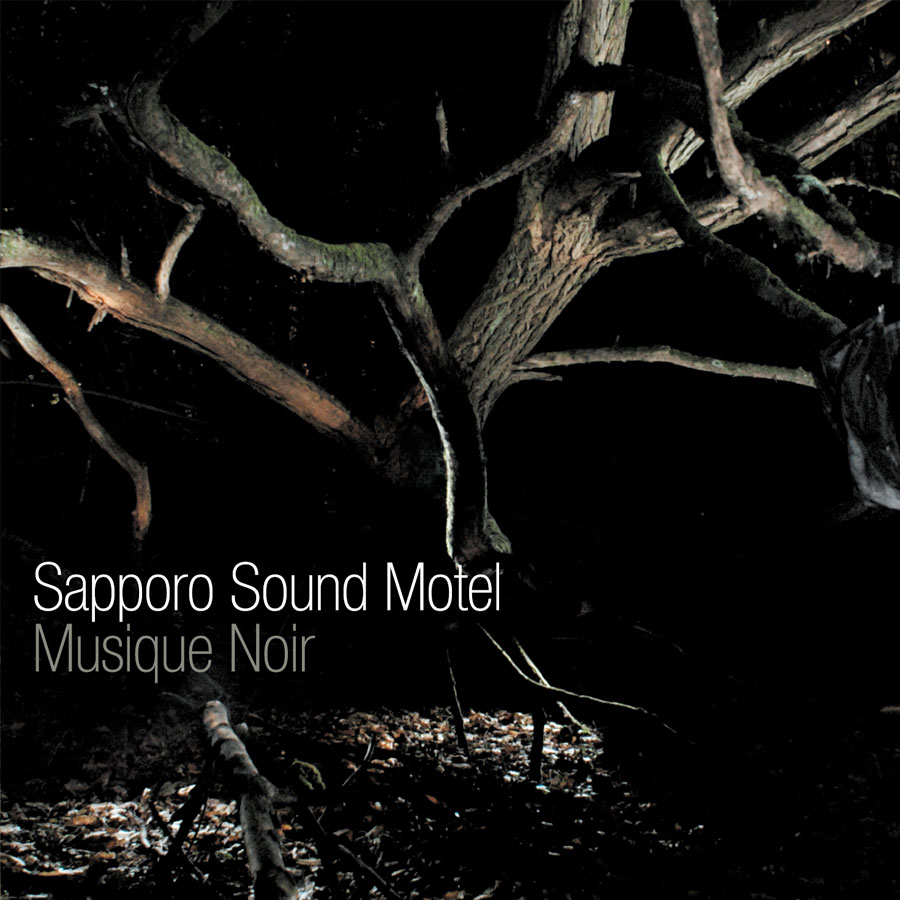